Forgiveness is one of those things that we are going to have to do time and time again as humans.

I was driving home the other day. It was cloudy. A few raindrops were scattered across my windshield. The scene seemed to really manifest itself for gloomy inner thoughts. I found myself dwelling on my hurt feelings.

I was just like, “woah.” I need to get a grip here. I am a sensitive person and that’s okay. But my sensitivity is no excuse to not forgive.

I prayed right then and there. I asked the Lord to help me forgive. “70 x 7” as the Bible says. I’m really trying to work on this. On softening my heart towards people who continuously hurt my feelings. On not holding a grudge. Unforgiveness ultimately hurts me.

Unforgiveness is kinda sneaky. You don’t realize it sometimes. I remember one day thinking about the concept of forgiveness. I tried to think of a list of people that I struggled with forgiving. No one came to mind. So I was like, “okay, cool.” And went along my merry way. Then, that person says something rude, and ALL the hurtful things they’ve done rush back, and the bitterness makes its entry. I realized I struggled with forgiveness more than I realize. In fact, there are a few people that I’m really trying to forgive. God is working on that with me.

People are going to hurt our feelings. People will be mean. Cold. Harsh. Selfish. If we let people’s actions create bitterness and grudges, we are going to be miserable people.

I think the above quote kind of says it all. The greater the offense, the harder it is to forgive. But if God can forgive us, surely we can forgive each other.

I urge you to bring your unforgiveness straight to the Lord. He will really help you. He’ll help reveal unforgiveness you might not even realize you have. He’s helping me and I’m already feeling lighter and more joyful! I want to be a person who is oozing with love and kindness and forgiveness. And God is helping me become that person. 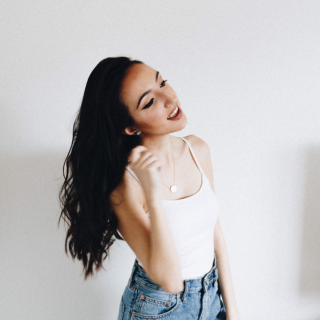 My name is Julia and my name means "youthful." I believe in imagination. I believe in spontaneous adventures, even if they are small. Here at The Youthful Home, we love a big cup of green tea, a white sundress, home cooking, and a whole lot of Jesus. We invite likeminded friends to visit and stay awhile. Welcome to The Youthful Home.

When Billy and I first got married, we made a conscious decision: keep God first, be kind, and MAKE GOOD HABITS. Life is hard; marriage doesn’t have to be. I’m so thankful to the Lord that He helps us live that out! We really strive to talk kindly to each other, love each other in our love languages, and to not do anything to knowingly hurt each other. This makes kindness a habit. It’s become our default. Life has its trials and stress, but we don’t want to be an additional source of pain to each other. All the glory to God, our marriage is pure fun. We truly have a blast doing life together as husband and wife/best friends. We come home after a long day and everything is peaceful. And I’m so thankful for that! Marriage can get a bad wrap, but when you keep God first and make kindness a priority, I assure you it is FUN and an absolute blessing. So thankful!
The best surprise 🤍🌿 /// I never put eucalyptus in water. It dries beautifully, won’t mildew this way, and you can keep it for as long as you like!
🤍☕️🌿
Shopped our home today and put this art in our kitchen! Love relocating decor throughout our home to keep things fresh and interesting, yet without spending a dime. I love a decorated kitchen. Makes it feel seamless with the rest of the home 🤍
A light, fresh tomato salad! 🍅 Simply thinly slice up a few tomatoes, an onion, and basil. Season with salt and pepper. Drizzle with olive oil and balsamic glaze. Serve with crusty bread. Boom. 🙌🏼
Saturday morning thoughts on “trends” 💭 // I was reading an article on design trends that resonated with me. In curating our home decor, we take our time. Slowly and intentionally. Because spending hard earned money on things that we will tire of seems like a waste. Instead of seeking what is “in,” look for what feels like “you.” What are you going to love for years and years to come? Timeless home decor (no matter what the aesthetic) ensures money well spent and a home that grows old with you. 🤍🪴